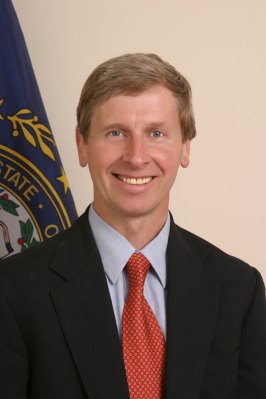 Governor Lynch vetoed the Right-to-Work bill that was passed by a majority in both the New Hampshire House and Senate.   The bill would actually give workers the choice of joining a union or not and no longer allow unions to forcibly extract ‘agency fees’ from those who choose not to be a part of the union (workers can currently ‘opt out’ of the union but they still have to pay a ‘fee’).   The bill gives workers more rights than they currently have under the forced unionism of New Hampshire.  The majority of people in this country are not unionized.  While unions may have served a purpose decades ago, their purpose has ceased to exist other than to rake taxpayers over the coals via public sector unionization (not to mention higher costs to consumers in the private sector).  It has been proven that Right-to-Work states fare much better economically than Forced Union states, especially during hard economic times.   Why Governor Lynch would veto a bill that would help all of New Hampshire is mind boggling.  Is he that indebted to the unions?
Continue reading on Examiner.com

This entry was posted on Wednesday, May 11th, 2011 at 2:31 pm and posted in Economy, New Hampshire Politics, Right-to-Work, Unions. You can follow any responses to this entry through the RSS 2.0 feed.
« Obama’s fantasy DREAM Act – votes only please
Do the Senate Democrats have a clue? »