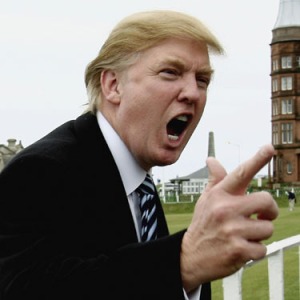 Donald Trump announced that he will not run for President in 2012 – bringing his three-ring circus to a long-overdue end.  Why anyone thought that ‘The Donald’ was ever a serious candidate is befuddling.  Trump is known for his antics to get ratings and draw attention to himself and his business endeavors such as ‘The Apprentice’ and the Miss USA pageant.  Trump has a long list of why he isn’t a Conservative yet because he was opening his big mouth and feigning to actually care about the conservative movement, he won over some Independents and even Republicans.  His polling numbers were sky high for a while but thankfully, as people learned the truth about him, his polling numbers started tanking.  Frankly he shouldn’t have ever been on the radar.

Trump did nothing but make a mockery of conservatism and aided the Democrats in making Republicans look foolish – think ‘Birthers’.  As if Trump actually got Obama to release his long-form birth certificate.  Voters need to really start vetting candidates better before they jump on any bandwagon.   It’s not enough to listen to the words candidates are spouting; their past history must be researched.  Voters know this all too well since Obama was elected based on his speeches and not what his past actions told about him.  Had voters actually researched Obama’s past, they would have seen what many Conservatives discovered and realized the man was not suited for the Presidency, same thing with Trump.  Interesting that both Obama and Trump have a lot in common – both narcissists, both like to hear themselves speak but don’t like when others have differing opinions and both like to bloviate rhetoric without having mentionable actions to back up their ‘ideology’.