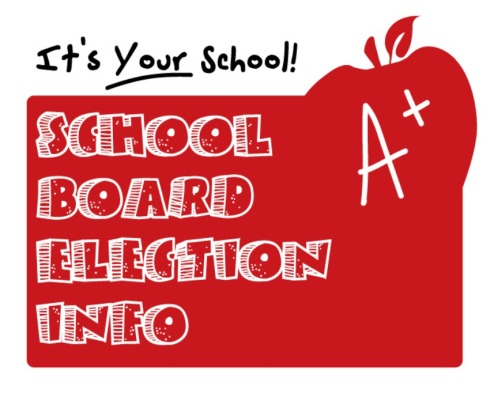 Last night Windham voters decidedly voted to rid the school board of Chairman Jerry Rekart and member Mike Joanis. Tom Murray and Daniel Popovici-Muller were the winners of those races. If you recall, the race became quite sleazy over the weekend when Windham Selectman Al Letizio Jr made outrageous accusations against Murray regarding an endorsement. Apparently sleaze and corruption aren’t what Windham voters are looking for in school board candidates.

Much of this began when Rekart called the police on Murray during a school board vote to shove an expensive and seemingly ridiculous “energy behavior program” down the throats of Windham residents with no public input. None of the school board members had much time to research Cenergistic nor did they have the actual contract to vote on when they were told to pass it!

And so began the downfall of two incumbent school board members. Unfortunately for Rekart and Joanis, they chose UNaccountability and INtransparency over protecting the best interest of Windham children and taxpayers. Clearly Windham voters didn’t take too kindly to that.

Then of course there were the sleazy, bullying, Obama-style politics of Selectman Al Letizio Jr. Over the weekend he posted outrageous claims on his official Facebook page against Murray. He also attacked Popovici-Muller. Meanwhile both Murray and Popovici-Muller kept their campaigns about the issues and never resorted to personal attacks.

Interesting that Letizio deleted all of his defamatory posts from Facebook and actually had the gall to post the following:

Congratulations to all winners of the elections. It’s time for all of us in Windham to unite and give these newly elected members our full support.

Of course, all of his previous posts were captured for the record and previously reported on by yours truly. How anyone can take this man seriously after the things he said and did is amusing. When Letizio’s time is up, it’ll be once again time for Windham voters to do the right thing for their town and dump the incumbent. This is the type of “change” voters can believe in.

Windham School Board election gets ugly thanks to Selectman Al Letizio Jr.

Yesterday the Vice Chairman of the Board of Selectman in Windham, New Hampshire posted some ridiculous accusations against Tom Murray, candidate for school board, on his official Facebook page. Al Letizio Jr is supporting the current Windham School Board members up for re-election Jerry Rekart and Mike Joanis. If you recall, both of these men voted for the almost $600,000 Cenergistic contract before even reviewing the contract.

Rekart is the current chairman of the school board who also called the police on Murray when he spoke out of turn because of the board’s outrageous Cenergistic vote. Apparently that’s one of the reasons Murray decided to run for a position on the school board. Between backroom deals where the public wasn’t allowed input and school board members who weren’t doing their due diligence before forcing the town into expensive contract; the final push was Jerry Rekart having the police called on a concerned citizen who also happens to be on the board’s facilities commission.

Perhaps Al Letizio Jr. is taking lessons from the political thuggery of Chicago-style campaigning. He accuses Murray of providing a “fake” endorsement by House Representative Mary Griffin. Griffin wrote and signed her endorsement for Murray who used it in an ad. Letizio seems to have bullied the beloved 92 year old into thinking Murray did something wrong when he then used her endorsement. Endorsements are meant to be shared and used. The endorsement was also previously printed in a local newspaper. Letizio is posting false information about the endorsement on his officialFacebook page.

Murray has since spoken with Griffin after these accusations came to light and she once again vowed her support for him and has told everyone who asks her that she is indeed supporting and did indeed endorse Murray over Rekart or Joanis. It’s a bit telling about Letizio’s character that he felt the need to question Griffin over her endorsement. Imagine a grown man bullying a 88 year old woman because she doesn’t back his candidate? Despicable.

Letizio also created an ad in which he questions the Windham Taxpayer’s Coalition. An organization that was started over 2 years ago. The volunteer organization works to alert Windham residents about issues in their town. They also put out a voting guide on candidates as well as issues residents are being asked to vote on. Letizio never questioned the organization until, once again, they disagree with his choice for school board candidates.

Ironic that Letizio then paid for his own voting guide which appeared with the newspaper today. Another sponsor who paid for this ad? Jerry Rekart’s in laws – Bill and Judy Newcomb! Based on the man’s behavior, Windham residents should take his advice and actually “be careful whose advice you’re taking when casting your vote.” Letizio’s style of politics seems to be to throw things against the wall to see if they stick rather than using facts (where have you seen that before?).

Clearly Windham residents aren’t happy with Rekart or Joanis if Letizio is expending so much effort and time to literally make things up and hope people believe him. It’s unfortunate that he’s also using his official page to behave this way. Obviously he prefers to work with people like Rekart and Joanis who will just shove whatever they are asked through, ignoring public input and silly things like actual contracts. If Rekart and Joanis rightfully lose, how will Letizio behave?

Letizio has also attacked Daniel Popovici-Muller, the other candidate for school board who is also calling for transparency and accountability. It seems the “old guard” in Windham doesn’t want new people to open up the books to Windham residents. Are backroom deals appear to be the norm in Windham? If voters want to be locked out of decisions for their town they will be paying for, they’ll vote for Rekart and Joanis. If they want to be included in the process and fully know what is being discussed, they’ll vote for Murray and Popovici-Muller.

One thing is crystal clear. Windham voters have to clean up their board of selectman as well when they have the chance. The vote for school board is next Tuesday, March 10th. Will Obama-style lying, cheating and thug politics win out or will honesty and accountability? The Windham School Board election got ugly thanks to Selectman Al Letizio Jr. It further shows how badly voters need to switch out some of the people running things in their lovely town.

NOTE: It was this author’s mistake that when I previously met Rep Griffin I thought she told me she was a great grandmother. That was incorrect and although it’s not nice to post a woman’s age, the point must be shown that Letizio is basically harrassing this poor woman at this point (he has reached out to her yet again) and should be ashamed of himself.