Wake me after the GOP primaries are over 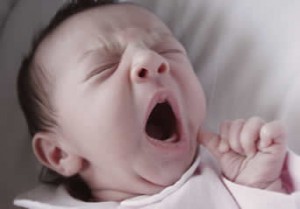 The GOP primaries have become such a bore they aren’t worth watching any longer (all the good soundbites come out right afterwards anyway so it’s not like I’m missing anything).  How many debates do Republicans and the media think people can take within a given amount of time?  One debate per primary would serve the purpose.  The debates I truly care about seeing are the ones between Obama and the GOP nominee.  Those will be interesting debates although odds are the Liberal moderators will throw Obama fluff questions rather than hard hitting questions about his failed presidency.  I have no horse in the GOP race nor am I overtly fond of any of the candidates still in the race.  I like something about all of them and dislike things about all of them.  What I DO know is that ANY of them would be better than Obama.

There are only 4 GOP candiates left…. so what have we got?

Mittens aka Mitt Romney – the (cue the far right’s scary music) ‘Massachusetts Republican’.  He’s an extremely successful businessman who also ran the state of Massachusetts pretty well.  People whine about ‘Romneycare’ but what they don’t get is many in MA wanted that crap sandwich (remember… Marxichusetts is uber progressive HELL).  If the majority of MA residents didn’t want it, they would have done something to get rid of it by now –  they haven’t.  Mitt comes off as what I call an ‘Alex P. Keaton’ Republican – safe, intelligent, dresses well, great business/economic mind but isn’t very exciting.  The thing is there are many Indies who would vote for him in a heartbeat over Obama even though they voted for Obama in 2008.

The Lizard King aka Newt Gingrich – the man who cheated on his 1st wife with his 2nd wife then cheated on his 2nd wife with his 3rd and current wife aka helmet head.  I somehow cannot see a ‘floozy FLOTUS’ in the White House.  Granted Michelle Obama lowered the bar in her roll as FLOTUS but not even low enough for people to believe someone like Gingrich’s wife OR Gingrich should be in the highest position in this country.  Not to mention Newt is the KING of Establishment even though he feigns he is not.  He never left D.C. when he was forced to resign.  He just made millions of dollars as a ‘non-lobbyist’ lobbyist.  The man has his hands in all kinds of organizations, including his own, that stand to make millions off of things like Obamacare.

Sanitorium aka Rick Santorum – the man who people believe ‘hates gays’.  Yeah that’ll win over the Indies (who are fiscally conservative and socially moderate).  Santorum is a dud.  He lost his last senate race by such a huge margin  they should have forced ‘mercy rules’ on his opponent.   Santorum lost me when I found out he voted AGAINST a National Right to Work bill while Senator.

The Angry Elf aka Ron Paul – the man who people think of as their ‘crazy Grandpa’.  The oldest and oddest of all the candidates.  Ron Paul has been in Congress for over two decades yet has gotten jack & squat accomplished.  Sorry but any ass can vote ‘NAY, ‘YEA’ or ‘PRESENT’ – Obama is a perfect example.  Paul doesn’t win  a majority of ANY voter type unless you are an anarchist.  Some of his rabid followers aka Roasted Paulnuts claim HE is the most Conservative of all the candidates yet he has not won the majority of Conservative votes in any of the primaries to date, not even in New Hampshire which is where the Libertarian ‘Free State Project’ set its roots.  Just imagine what ‘regular Americans’, who are not involved in politics at all, would think if they saw Paul in a general election debate with Obama?  Obama wouldn’t have to spend a dime of his huge campaign coffers to win against Paul.

So again… wake me when the GOP primaries are over.  I’m hoping Republicans actually pick the best candidate to win against Obama.  This whining about ‘who is more conservative’ or ‘who is more liberal’ really doesn’t matter.  YOU, my dear Republicans, do not win elections – Indies do.  If you are smart you will pick the right candidate and you will make SURE that Republicans take over the Senate and maintain control of the House because no matter who is elected, they will need to be reigned in and controlled by ‘we, the people’ aka GOOD representatives.  I shudder to think that if Obama is re-elected he will possibly have two SCOTUS nominations.  If that were to happen, we can all kiss the Constitution and this country BUH-BYE.

This entry was posted on Friday, January 27th, 2012 at 12:36 pm and tagged with Gingrich, GOP, GOP Primary, Paul, Romney, Santorum and posted in Election 2012, Elections, Obama, Republicans, Uncategorized. You can follow any responses to this entry through the RSS 2.0 feed.
« What NH Exit Polls say about Romney and Paul
There has always been a ‘War on Women’ – waged by Democrats »